Online vs. physical exhibitions The sounds of bio-decay

Among the many events is an exhibition called “Rigshospitalet før, nu – og i fremtiden” (The National Hospital in the past, today — and in the future), created by historian Rikke Vindberg. The exhibit is divided into two parts — one (close to the main entrance) is devoted to the daily hospital life throughout the centuries: 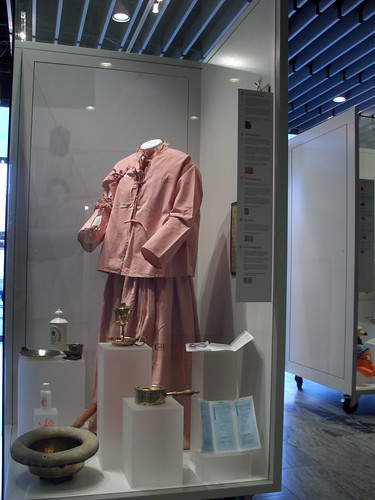 and the other (in the auditorium and restaurant building) deals with diagnostics and therapy over time: 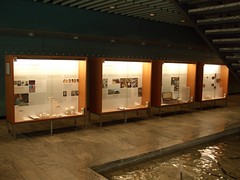 Rikke Vindberg was employed by the National Hospital for twelwe months to design and build the exhibition. Before that she has worked in the iconographical collection of Medical Museion, and thus she could could draw on her intimate experience of the collection to choose photos and other artefacts that illustrate different aspects of the history of the National Hospital (formerly Kgl. Frederiks Hospital).

Several members of staff at Medical Museion have been involved in the project together with Rikke, including Camilla Mordhorst (head of exhibitions), Ion Meyer (head of collections), Nicole Rehné (conservator) and Anders Olsen (registrator).

One of the most popular objects is this model of the former National Hospital situated close to the main hospital entrance where thousands of ambulatory patients and visitors pass by daily: 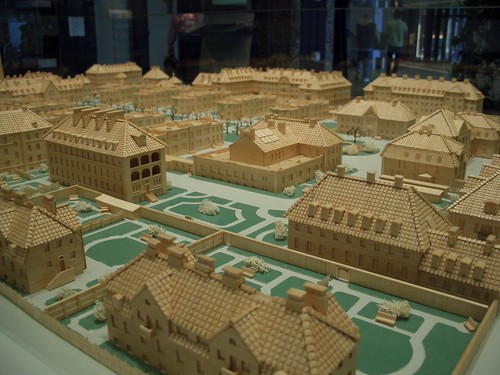 It shows how the hospital looked like in the 20th century before it was replaced in the 1970s with the present gray concrete brutal high rise building complex (for a short history in Danish of the hospital, focusing on its buildings, see here).

The showcases in the diagnostics and therapy section, like this one: 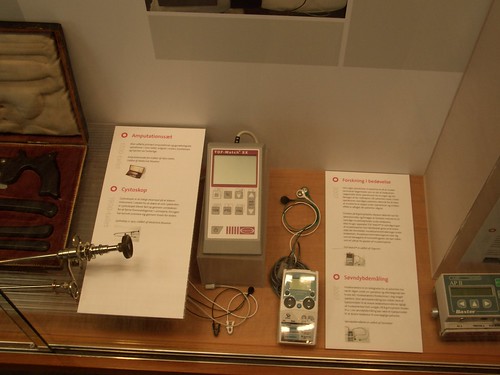 will probably be seen mainly by staff who pass by for their lunch break.

The exhibition runs until the end of this year. It’s definitely worth a visit if you are in the region. Unfortunately it’s all in Danish, but English-speaking visitors can enjoy the rich photographical material and the many evocative artefacts.

You can read an interview with Rikke Vindberg for a local Copenhagen newspaper here.