Why is there no biomedicine and biotech of the Multitude? Contemporary academic life between the Scylla of grant applications and Charybdis of research evaluations

A recent post on this blog about the PRECARD risk assessment software sparked a number of comments on how to handle the problem of software in museum collections. Almost by default, software becomes outdated, and it will quickly become very expensive and time-consuming (or outright impossible) to maintain it in working order. Attitudes towards this problem ranged from refraining from the collection of software and opting in stead for manuals or other documents, that will give an impression of what the software could do and looked like, to either forcing doners into providing software in a format that will allow it to be stored in working order for extended periods of time or relying upon enthusiats providing their time and skill to keep the stuff running in a bottom-up effort.

I find it very difficult to make a decision on this point. Nevertheless, decisions need to be made, simply because the dilemma of the centrality of computers to virtually every aspect of (say) recent biomedicine and the short-lived and fragile nature of computer software confronts us and will do so increasingly in the future. We thus face a major museological problem. Let me provide a concrete example of what I think may be seen as a paradigmatic case. 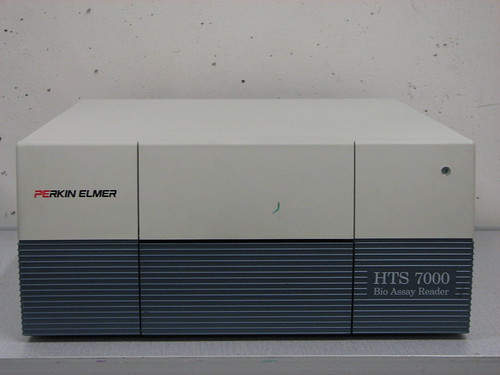 In 1999, the Department of Biomedical Sciences at the University of Copenhagen got rid of the last of their cuvette-based spectrophotometers and bought a brand new Perkin Elmer HTS 7000 Bio Assay Plate Reader. The hardware of the new spectrophotometer was encased in the box seen above. The controls and reading panels, however, were software based, designed to work on a PC running Windows 98 with the dedicated software pre-installed by Perkin Elmer. From the computer, the slot for microwell plates could be opened and closed, wavelengths and types of analysis could be set, and results would be displayed on the screen. The instrument was impossible to operate without the proper software.

As time went by, the Windows 98 PC became stadily slower. The instrument performed completely satisfactory tests, but by early 2007 start-up for the computer lasted around an hour. Inevitably, the computer one day refused to function, and that’s where problems really began. Inquiries to Perkin Elmer revealed that this particular spectrophotometer, along with the software, had only been in production for about six months before being discontinued. The company were not able to offer another copy of the relevant software for installation on another computer, and a search for copies from second-hand dealers came up negative. In the end, a new Perkin Elmer spectrophotometer, slightly more automated but basically performing the same kind of analysis at the same speed, was bought as a replacement. The now useless predecessor was kindly offered to the Medical Museion.

The question now is: should we take it? My first impulse was to say no. The spectrophotometer is not complete, and we generally don’t take in objects that are not complete. Furthermore, the part that is missing from it is the very part that allows it to function. Remember that it was discarded not because of mechanical problems, but because of software failure. And missing that part is probably even more irreversible than any mechanical part in the machine, which could probably be replaced relatively easily. I find it very unlikely that we will be able to locate individuals or communities that will be able to provide us with the relevant software out of enthusiasm, and in any case it seems that the time and effort that would go towards coordinating such work is forbidding.

On the other hand, the object may still be useful to us in a museum setting. Obviously, we cannot run immunoassays on it, but we probably wouldn’t do that anyway, and many of the items in out collection, especially the more recent stuff, doesn’t work either. We have images showing the setup of the machine (see below), along with the manual, which features detailed description of functions and the user interface. We were also offered print-outs of the results of analyses run on the machine. In short, we do have the ability to say quite a lot about how this thing worked. 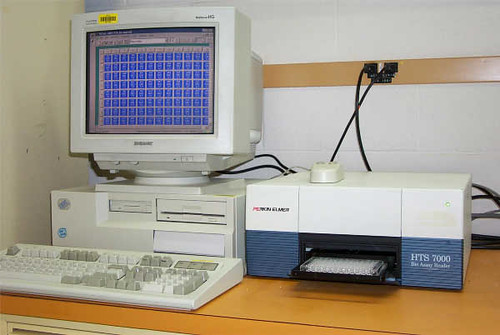 Perhaps the second impulse is informed by the notion that software is not really real, not really a material object, and therefore not really what museum collections are about? And if so, shouldn’t we really think quite differently about computer programmes? Information technology, digitalisation, and the internet is obviously challenging ideas about materiality and about the singularity of objects, and therefore the nature of museum collections. Software, not to mention the endlessley varies ways in which software is configured in specific settings, are highly contingent and preliminary constituents of the material aspects of recent biomedicine. And in my view, it is something that cannot be done justice to through representations like manuals or screen dumps. So, should curators regard software as secondary to more traditional objects (and thus to accept objects that are missing their software), or should fully functional software (at least in principle) be a requirement for new acquisitions?