Is beauty a valid category for curating and registration of museum objects? 23andMe and bio-consumership: the new web-based convergence between bioinformatics, business, and the public engagement with science

Science, medicine and technology as culture — the autumn 2007 Danish museum meeting at Fuglsø

Twice a year the Danish museum community comes together for a two-day meeting at the Fuglsø Conference Center, strategically placed between Copenhagen and Aarhus. The 2007 autumn meeting last Wednesday through Friday gathered 500+ participants, and quite a few of them attended the Thursday morning session on “Science, medicine and technology as culture”, organised by Karin Tybjerg (formerly HPS, Cambridge, now Head of the Dept of Astronomy at Kroppedal Museum outside Copenhagen).

I had expected an audience of twenty or so, but to my surprise there were at least 75 people in the room 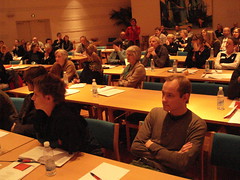 when I opened the session with a short talk about “The global technoscientific culture as a challenge for museums”. And they stayed throughout the whole three-hour session. After me Karin Tybjerg raised the question about “How to put science in a museum?” 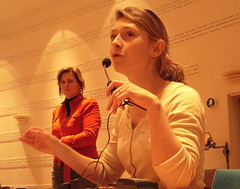 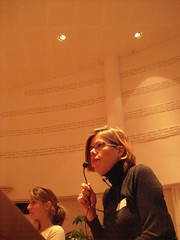 presented her and Morten Skydsgaard’s new exhibition “Ægløsninger” (on reproductive technologies) under the title “Saved by Curious George”. 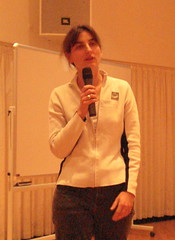 spoke about the problem of making exhibitions that can be seen by widely different groups of visitors (from children to engineers), and finally Chris Chilvers from the Danish Technical University 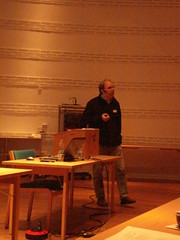 gave us a very convincing case about how historians of 19th century British technology have neglected taking material evidence into account — with dire historiographical consequences.

The main idea of the session was to make sci-tech-med more visible in the larger Danish museum arena. The attendance and the many excellent questions raised indicate that, by and large, we achieved our aim. I think many in the audience went to lunch afterwards with an impression that not all STM museum people are necessarily pure science and tech geeks, and that we do have some rudimentary grasp of what ‘culture’ is.

On the other hand, some members of the audience apparently felt that our combined interest in peculiar things like mid-19th century resistance coils, early airplanes, astronomical observations, egg implantation procedures, and gene chips, was somewhat suspect. It probably takes more than one Fuglsø meeting to convince the 500+ Danish museum community that science, technology and medicine is an integral part of both Danish and global culture. 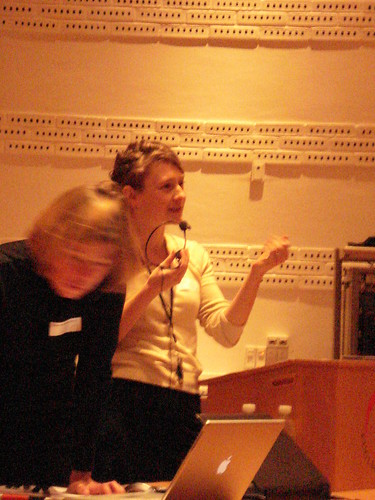