Science blogging, participatory computing, and the public engagement in science

Swedish scholarly blogging pioneer Gustav Holmberg (Det Perfekta Tomrummet), popular science blogger Malin Sandström (Vetenskapsnytt) and myself (part of the Biomedicine on Display blog team) have just got our session proposal titled “The Public Engagement of Science and Web 2.0” accepted as a seminar at the 10th conference of The International Network on Public Communication of Science and Technology (PCST-10) in Malmö-Lund, 23-27 June 2008.

Here’s the session abstract and our individual abstracts:

Session abstract: “The Public Engagement of Science and Web 2.0”

In parallel with calls for more public and democratic involvement with science and technology, the theoretical and in some cases empirical basis for studies of science communication has changed. Earlier studies focused on how the cognitive content of science is being communicated to nonexperts. Studies of the mutual interaction between scientists and the larger population (‘public engagement with science’), have shown examples of the co-production of cultural understandings of science. Another recent development has been seen on the web, where new technologies facilitating easier engagement (‘web2.0’, ‘social media’) have enjoyed a wide popularity for years. These technologies are an integrated part of a new landscape of communication, hitherto quite understudied in the literature. This session consists of a three studies that look at the intersection of science and the public on the web. 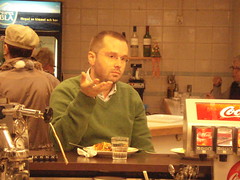 Computer simulation and large-scale data analysis used to be the province of scientists proper. Distributed computing is a kind of public engagement with science that involves large numbers of participants. The worldwide user-base of citizens interested in donating computer power to proteomics and bioastronomy are modern examples of the mutual interaction between scientists and nonscientists. This paper will look into questions such as why people decide to collaborate in the distributed computing projects and analyze the discourse surrounding bioastronomy and proteomics. It will look at how ideas about protein dynamics and bioastronomy are articulated through various participatory platforms: weblogs, computer fora, wikis, YouTube videos and the Folding@home software. The paper also analyses the flow of skills from subsets of the user pool into the core of the distributed computing project, suggesting that a group of users have knowledge about the intricacies of software technologies that have been useful in the evolution of the Folding@home project. 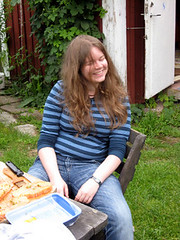 Traditionally, media’s reporting of non-medical science rests on small numbers of articles published in a few major journals; with a heavy emphasis on the “cool stuff” and framed in ways that are poorly adapted to science reporting. The common use of the scientist as an impersonal expert does little to foster interaction between science and the public. In contrast, blogging leaves the choice in the hands of the bloggers, who can decide for themselves what to say, how and when. Blogs are by their nature personal and interactive, making the medium an attractive platform for contact between scientists and laymen. Outside of the scientific world, access to published research is very limited: few people can afford expensive journal subscriptions and don’t have the language skills required. Scientists blogging in their native language can do much to alleviate this gap. Furthermore, science blogging – especially interactions between bloggers – can incorporate and spread other underreported fundamentals of the research process, such as patterns of reasoning. 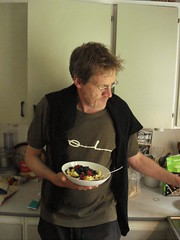 Within a few years, science blogging has emerged as a new genre for science communication. But is science blogging really best understood in terms of ‘science’ and ‘the public’? Or does the phenomenon of science blogging suggest other dichotomies? This paper argues that ‘science communication’ is better conceptualized in terms of ‘Empire’ and ‘Multitude’. Science is financed and managed by a network of national and transnational state organisations and corporations, while the overwhelming number of laboratory and field workers constitute a global knowledge proletariat. These different positions in the global ‘scientific field’ entail two different domains of communication practices which correspond, roughly, to the cultures of ‘Empire’ and ‘Multitude’, respectively.

Ours will be one of 25 seminars in all; in addition there will be a number of parallell sessions with individual papers. So we are looking forward to three very busy days about publication communication with science and technology in late June. I’m glad there is a bridge over the Øresund now; it’s only an hour’s train ride from Valby to the conference venue in Malmö.

PS: For some peculiar reason my paper above in the individual abstract file has been assigned to a Zhimin Zhang — alas this is not my Chinese avatar but a mistake from the side of the organisers 🙂