Once aesthetically corrupted, always corrupted (Why do museums want bring art and science together – part 3)

Which were Medical Museion’s reasons for going into art and aesthetics? The first on my list of ideal-typical rationalities is what I call “once-aesthetically-corrupted, always-corrupted”.

The argument goes like this: As Sepp Gumbrecht pointed out in his seminal 2004 book The Production of Presence: What Meaning Cannot Convey, most humanities scholars, including historians, are engaged in interpretative and hermeneutic practices. But rarely in aestethic practices, i.e., what he calls the ‘production of presence’. Same for historian-as-curators in the world of science, technology and medical museums: Most STM-curators see their museums as sites for historical narration, interpretation and contextualisation, but rarely as sites where visitors are engaged in sensual and aesthetic experiences, in presence-production.

What changed our minds, from seeing our museum as an institution for meaning-production only, to an institution involved also in presence-production was when our neighbour, the Danish Museum of Art and Design in Copenhagen, was setting up an anniversary exhibition in 2004. Since we were, and still are, good neighbours, their curators went over to our place to take a close look at our collections, and they went back with over 60 artefacts which we had, until then, routinely classified as historical objects. But they decided these were aesthetic objects.

That was our aesthetic epiphany, our moment of entrance into the aesthetics of medical objects. And since then our museum has never really been the same. Suddenly we saw things that medical historians have never really seen. And more generally speaking, I believe that this is one of the rationales for why STM-museums in the last 15-20 years have, more or less by default, begun to incorporate aesthetic approaches and art in their exhibitions:  Once you have tried it, there is no way back. 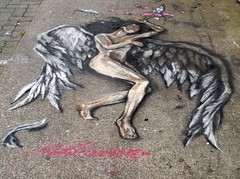 Once the discursive rationality of the historian has been corrupted by the irrationality of aesthetic judgement, you cannot really undo it.