Database studier i London Today is World Philosophy Day: Should we kill healthy people for their organs?

Making visible embryos — and the art of conservation

The recently launched online exhibition “Making Visible Embryos“, curated by Tatjana Buklijas and Nick Hopwood, Department of History and Philosophy of Science, University of Cambridge, and funded by the Wellcome Trust, offers a fascinating tour through a paradigmatic, but also highly controversial, aspect of the history of medicine: the engagement with and displaying of human embryos. 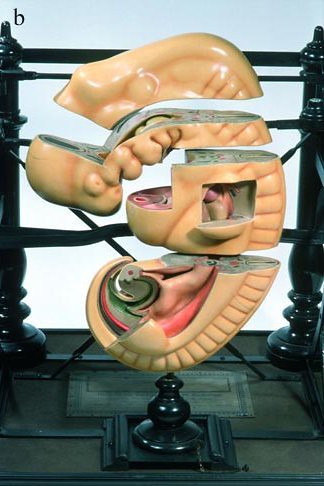 The exhibition invites visitors to move thematically through the development of different aspects of how embryos have been depicted through time. We learn about how research into embryology gradually moves from the secrecy of the laboratory to the public sphere in connection with debates about human development, birth control, and reproductive technologies like IVF. The curators also inform us on pathbreaking visualisation technologies, like ultrasound, and on the cultural impact of popularised images like those produced by Swedish photographer Lennart Nilsson.

The exhibition also gives rise to some interesting conceptual questions. To be sure, the images and models, beautifully presented through excellent illustrations and photos, are the kinds of visualisations of the human embryo that have reached the widest audience and which have had the greatest impact. But if the show is really about visualising, and not just depicting and modelling, it seems to me that the centuries-long tradition of making specimens can also be taken as a pivotal technology. 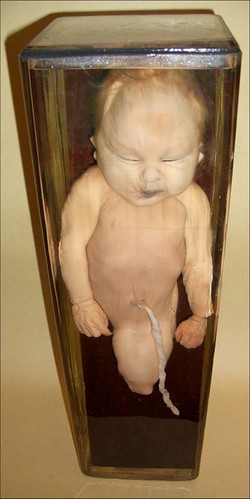 This point is relevant for museums like Medical Museion. Without doubt, the best-known group of objects in Medical Museion is the collection of wet and dry specimens of human embryos, formally named Museum Saxtorphianum.

Like other anatomical specimens, these were produced to facilitate the study of embryology and teratology by making embryos and fetuses visible to researchers. And, as is well-known to any conservator, producing and maintaing these visualisations over time is an arduous and delicate task.

Whereas images and models of the fetus are now everywhere, as the curators of “Making Visible Embryos” state in their conclusion, displaying preserved specimens of embryos is still highly problematic in a museum setting.