Observing the others, watching over oneself Brugte Hippokrates lægeigler?

Do social scientists dream about biomedical futures? Or do they have nightmares only? 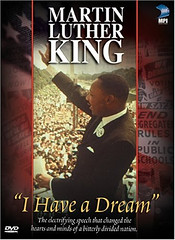 In an interview for the Danish daily Information about his new book The Politics of Climate Change — which is scheduled for publication in May, with laudatory pre-blurbs by Martin Rees, Ulrich Bech and Bill Clinton on Amazon.com — British sociologist Anthony Giddens reminds us that Martin Luther King famously said ‘I have a dream’, not ‘I have a nightmare’. In other words: dystopian thinking is not a good basis for political action.

I guess he’s basically right. There is much that supports the idea that climate policy changes will be served better by what Giddens (1990) called ‘realistic utopianism’ than by fear scenarios (even though critical and negative scenarios sometimes are necessary stepping stones towards more positive agendas).

However, it makes me wonder: could the same reasoning be applied to the way we talk about biomedicine and medical technology?

I’m asking because almost everything I have read about biomedical and medical technology policy in books and articles by social scientists and humanities scholars over the last decades has been guided by what one could call a ‘hermeneutics of suspicion‘.

The scholarly literature is carried by a strong, mostly unexplicit, undercurrent of skepticism and negative criticism. Biomedicine and medical technology invariably poses ethical, political and social ‘problems’ and ‘challenges’ — rarely opportunities, possibilities or means for liberation. Social science and humanities scholars writing about the future of biomedicine and medical technology have nightmares, rarely dreams.

I guess the ubiquity of this critical and negative scholarship could be understood as a kind of collective gut reaction against the commonplace (and often pretty naïve) scenarios of a bright biomedical and medicotechnological future envisioned by scientists and engineers. The biotech revolution has to a large degree been carried by enthusiastic utopianism. Pharma websites are cluttered with pictures of happy children playing on lush green meadows with beautiful mothers and benevolent-looking grandpas in the background.

So I understand the need for a balance. But why do we have to choose between naïve scientific and corporate enthusiasm on the one hand and academic skepticism on the other? Why is it so difficult for social science and humanities scholars to develop a more ‘realistic utopianism’ with respect to the future development of biomedicine and medical technology?

At the moment, academic designers (like Suzanne Lee) seem to be more upbeat than social scientists and humanities scholars. Could we learn from the attitude of bio-designers and bioartists to avoid the quagmire of negative scenarios?