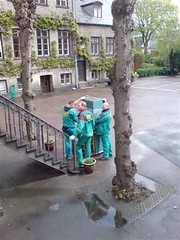 We are a little more than two weeks into our installing period for Split+Splice (Del+Hel), the exhibition about the culture of biomedicine that is opening 11 June at the Medicinsk Museion.  The thrill of seeing ideas materialise into meaning through the juxtaposition of objects of many different kinds is palpable in the team.

The other day, some Supermen from 3×34 delivered among other things a Supercomputer which we have on loan from the Dansk Datahistorisk Forening (a museum that no other museum interested in the 20th century can do without: www.datamuseum.dk). 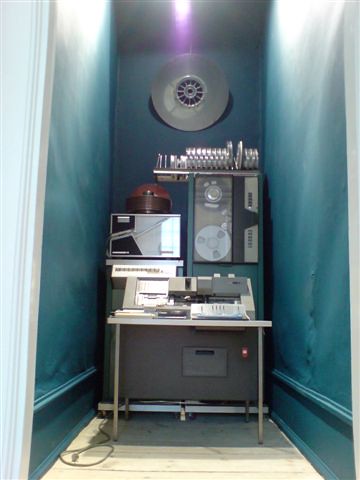 In short order it became part of the beginning of what will be our Data Avalanche – an experience most scientific researchers will know only too well. 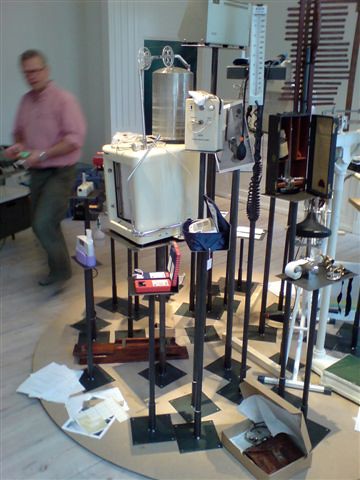 In the same room there is another high-object density display of measurement instruments going up, and here you see our high-quality designer, Mikael Thorsted, at work finessing the layout. 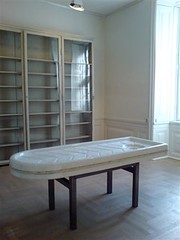 The Ur-stories of biomedicine are also emerging from other rooms: here a ghostly presence reminds us that ‘looking in’ is predicated on ‘cutting open.’