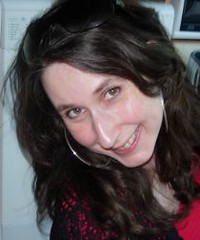 We are also lucky to have recruited a new postdoctoral fellow — Lucy Lyons, whose research examines the role of drawing as an activity which engenders new revelations and communicates insight in its audience whilst maintaining the dignity of the subject being observed.

Lucy Lyon’s PhD-thesis from Sheffield Hallam Unversity, titled ‘Delineating Disease: a system for investigating Fibrodysplasia Ossificans Progressive’ (2008), was based in the Museums at the Royal College of Surgeons of England where she drew the processes used to create, preserve and conserve specimens with a rare congenital disease. The PhD-project explored a system of drawing called ‘delineation’ that requires direct close observation of an object and portrays the specificity of unique visual experiences as opposed to generic archetypes. As well as making drawings of the skeletons of deceased patients, Lucy has interviewed patients living with the condition, and has worked closely with medical researchers studying the cause of the disease. Her work reveals the power of drawing to delineate the hidden structures of disease. The project showed that drawing is not mere documentation but is about participation. Understanding is gained in the activity of drawing.

Her research led, among other things, to an exhibition at the Hunterian Museum in the autumn of 2008 — read more about it here. She is currently on leave from the City & Guilds of London Art School. Read more about her earlier experience here, and see some of her art work here.

Lucy’s 2-year postdoc project at Medical Museion, titled ‘Now I see it! Drawing information from the collection’ focuses on the activity of drawing as a way of gaining insight and communicating information. It is aimed at visiting members of the public, the museum staff and medical and technical community as well as other artists and researchers. It is a participatory project that will encourage all to engage in different ways with the museum and the objects within it.

The project is financed by a grant from the Nordea Foundation to the Center for Healthy Aging, Faculty of Health Scences, University of Copenhagen. The Center was established last year with a budget of 300 mill. DKK for a five-year period — and a smallish amount of the total will be used for studies of healthy ageing science communication in a museum context here at Medical Museion.