Since the snow descended upon Copenhagen a month ago everybody has been walking around wrapped up in scarfs and woollen clothing, trying to avoid the snowdrifts. Personally, my thoughts wander off to a warmer place — more specifically Southern France, where I took some needed holiday last summer and visited, among other things, the two medical museums in Toulouse.

Being a foreigner in France is not easy. The lingua franca in France is French which can be quite a challenge if one is far from a native French speaker. Not many people in the region speak English, and all signs (even in museums) are written in the native tongue. That’s a shame — there is a fascinating culture and history to be told, but unfortunately much of this history is missed if one does not speak or read the language.

Using my terrible French with a lot of pardon and merci I finally made it to Le musée des instruments de médecine des Hôpitaux de Toulouse and Le musée d’histoire de la médecine de Toulouse. Both museums are situated right on the edge of the beautiful Pont Neuf bridge and the exhibition rooms are situated in the old hospital building, l’Hôtel-Dieu. When searching for travel directions I had stumbled on the Hôtel-Dieu but I did not understand exactly what it meant. Two quotes:

The common phrase necator pauperum or ‘assassin of the poor’ was used for those who neglected their duty to succour those in need and guilty prelates could lose their status as a result. The bishops therefore built xenodochia near their cathedrals, of hospitaliae at the entrance to the cities. The former gave shelter to the poor and the sick of the town, who were known as the matricularii and were registered and maintained by the church. The hospitaliae, also called ‘maison—Dieu’ or ‘hôtel-Dieu’ flourished during the Carolingian Renaissance and took in mainly pilgrims and travellers.

Most of the present-day Hôtel-Dieu hospitals originate in the episcopal domus Dei or the domus pauperum.

Why place a hospital in Toulouse? Well, the city is one the road to the famous pilgrimage site Santiago de Compostela. The pilgrims came from all over Europe to pray at the tomb of St. James, and for the keen observer the St. James’ shell (seen in the centre of the picture below) is a dead give away.

Here’s the old hospital of Toulouse. The museums are located in the left part of the building. In the centre of the picture one sees the St. James’ shell: 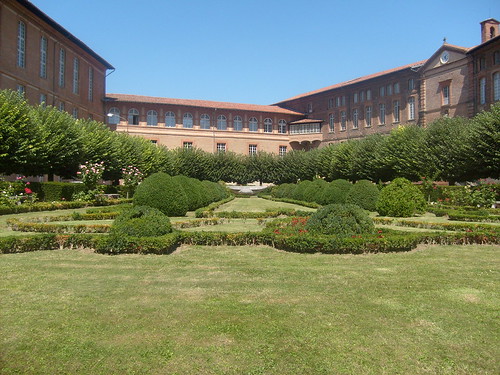 The two museums have slightly different focus. One is about medical history in general. When you enter the building you step into a general reception area, where posters give a general introduction to the history of the museum (at least I believe they do; no signs in English!). One thing that really speaks in favour of the museum is the friendly staff. Even though the receptionist didn’t speak a word of English she was very friendly and we did manage to communicate. At least our conversation went so well that I was handed a brief description of the collections in English. It reminded of how important a museum reception staff is; they make the first impression so it has to be a good one.

The museum basically consists of three showrooms. The first, and smallest one, is on pharmaceutical history. From a museological point of view it is not impressive. The objects are placed in their display cases with a short description of their use, but there is very little context to be found.

In the next showroom the objects are roughly divided into different specialities, such as surgery and obstetrics. This part of the museum is definitely the best. It’s quite small though. Some of these instruments are quite impressive and even though I had seen most of them before there was one that stood out — the tobacco cloister seen in the picture below. Sure I had seen cloisters before (we have some here at Medical Museion) but this type was new to me. I have told so many visitors in Copenhagen about how the cloister was used to rid the body of black gall, but this one was different. Normally you would have needed another person to use it, but this one was designed so that it could be self-administered. The patient simply straddled over the cloister, activated the pump and let the tobacco smoke act as a laxative: 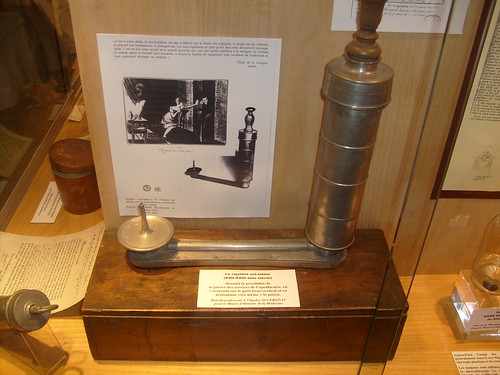 I also fell very much in love with the beautiful object below (for more on Theriac see here): 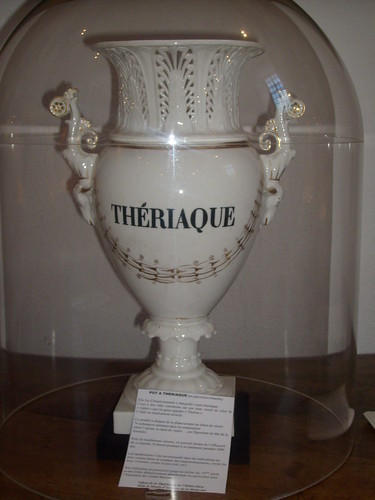 The third part of the museum is situated in the basement, and I had a hard time figuring out exactly what the organising principle was. There was a microscope and some x-ray equipment but exactly what the connection was escaped me — maybe becuase I didn’t know the language well enough.

The other museum — Le musée des instruments de médecine des Hôpitaux de Toulouse — is placed in the same building and right next to the one on the medical history of Toulouse. It is disappointingly small: only one single room and a couple of podiums outside. The custodian was extremely nice, however, and between her English and my horrible French we did manage to get a conversation going.

The best part of the experience was the moulages: 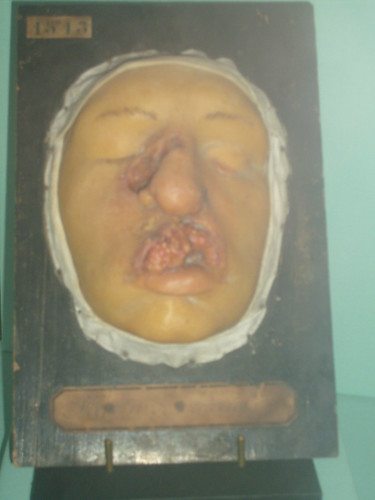 Below is a selection of some of the other objects displayed: 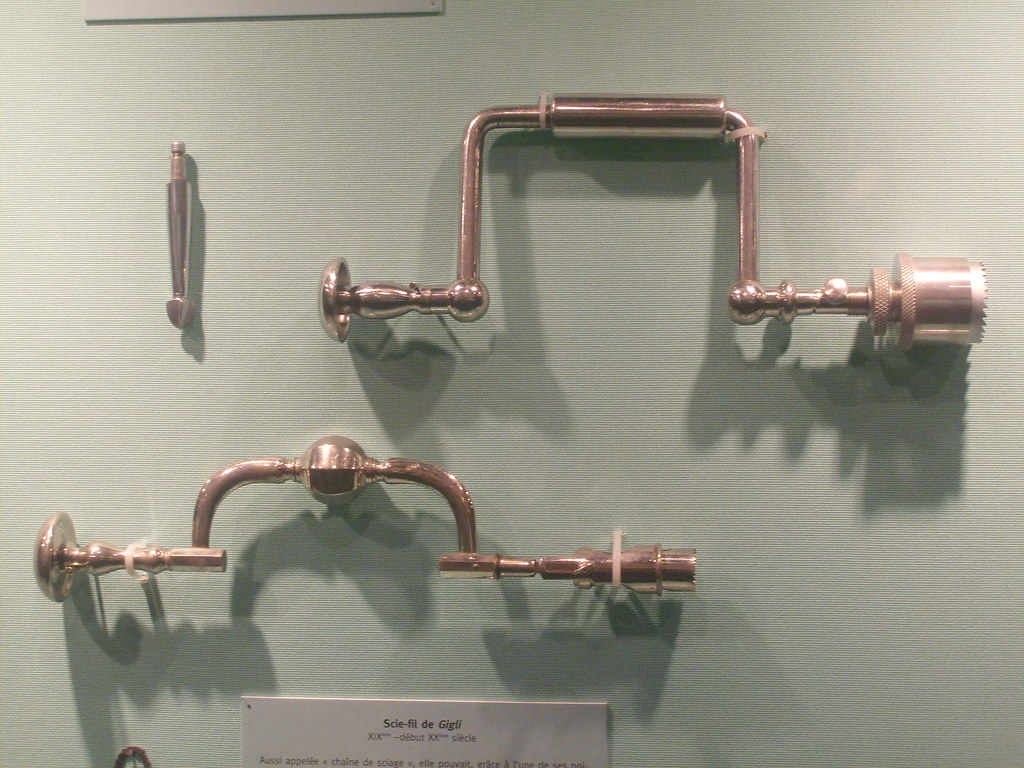 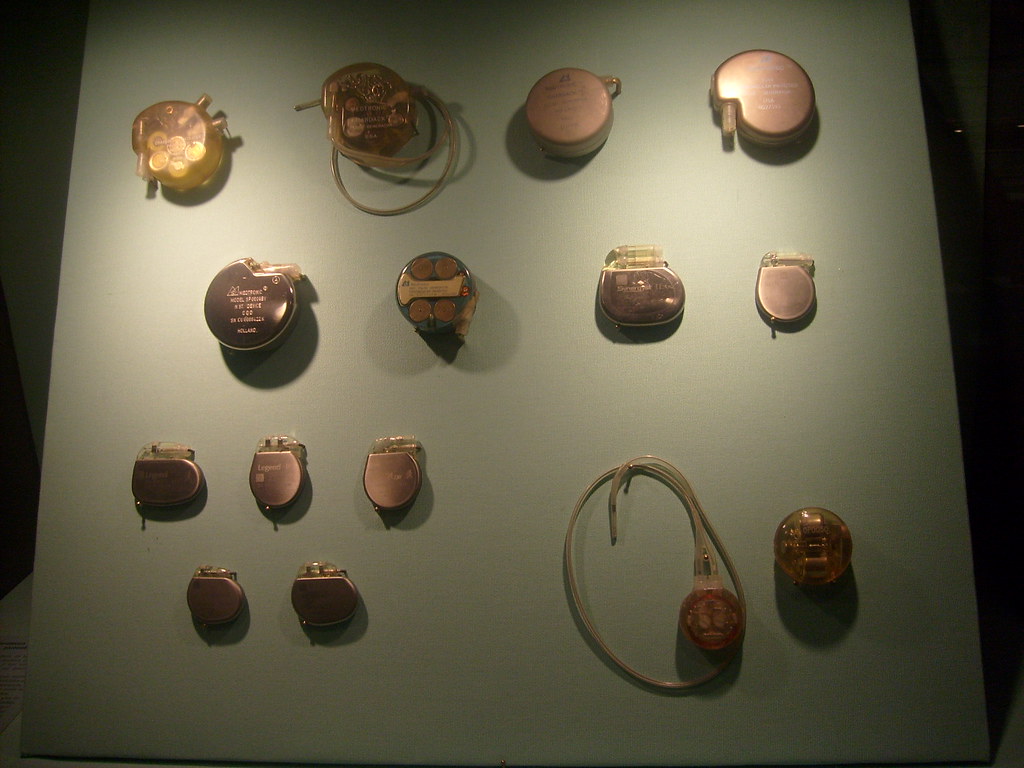 And an instrument used to perform an abortion (Thomas actually wrote about these kind of instruments a year ago): 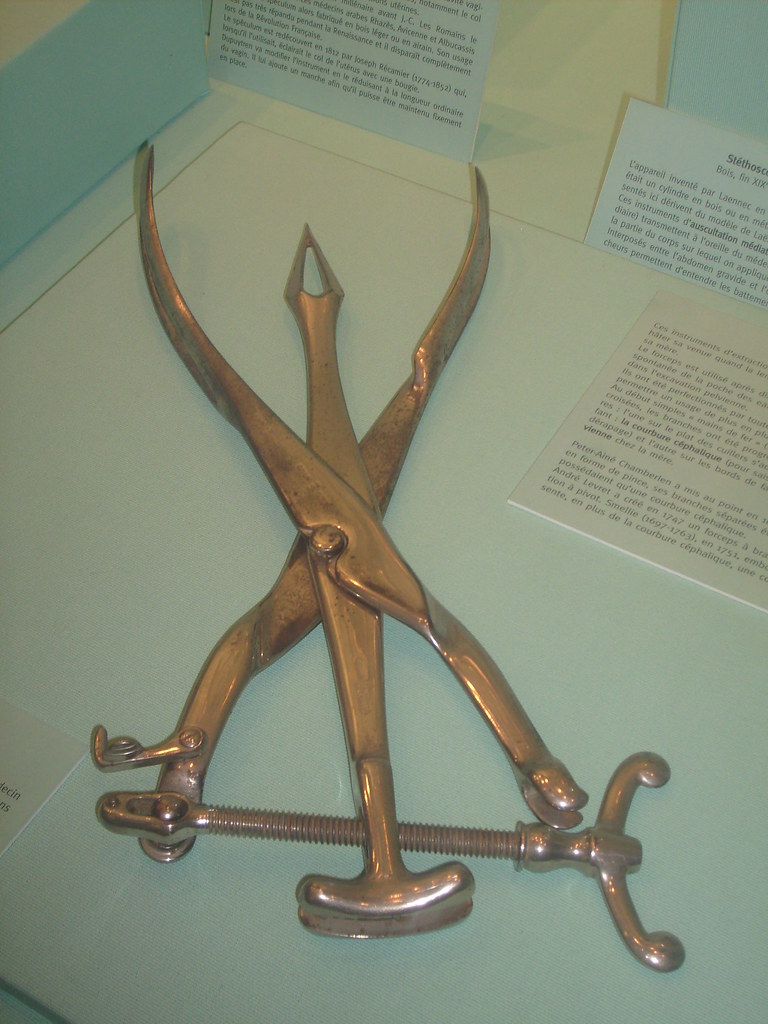 Both museums were indeed interesting and there was a great feeling in the old historical buildings. One of the best things about my visit though was that I bought a book by Jacques Frexinos entitled The Hospitals of Toulouse. A Thousand Years of History (2001), an excellent introduction to the topic of hospital history. I strongly recommend you to get a copy before visiting the Toulouse museums (the French version can be bought here.)

Toulouse is a beautiful city and if one is interested in medical history I would recommend a visit. Not so much for the museological experience, but the objects in themselves are interesting. 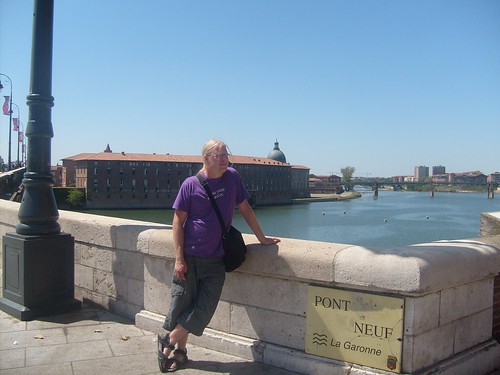 At the picture above you can see the Pont Neuf and in the background the old hospital buildings that house the museums.