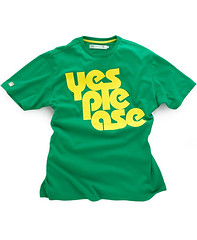 A couple of days ago, I argued against Christian Sichau’s restrictive acquisition policy for museums of science, technology and medicine. I suggested, not only to actively promote the acquisition of visual, material, and textual objects from contemporary laboratories and storage rooms, but indeed to open up the sluice gates for collecting as much contemporary stuff as possible.

My argument is based on my experiences from Medical Museion’s integrated research and curatorial program ‘‘Biomedicine on Display’’. The program was launched in 2005 with the explicit intention to lay the research foundation for the acquisition and public outreach of the visual and material culture of late twentieth century and contemporary biomedicine — a time period which so far has been very sparsely represented in museums of science, technology, and medicine.

During the past four years we have run a number of research projects on a variety of aspects of late twentieth century and contemporary biomedicine. Parallel to these research projects, we have set up a series of exhibitions with more or less explicit connection to contemporary science (‘Oldetopia’, ‘Design4Science’, ‘Eye Catchers and Swagger Images’, ‘Split + Splice: Fragments from the Age of Biomedicine’, ‘Primary Substances: Treasures from the History of Protein Research’, and ‘Healthy Aging’).

These research projects and exhibitions have been more or less closely associated with the collection of a large number of recent artefacts from laboratories and hospitals in the Copenhagen region. Some artefacts were chosen to satisfy the needs of the exhibitions, others were unsolicited donations from university laboratories, hospital clinics, and pharmaceutical and medical device companies.

We have an acute lack of space and certainly do not have enough professional curatorial staff to take care of everything properly. Registration is constantly lagging behind. Nevertheless we rarely say ‘‘No’’. In some concrete cases we have, with some trepidation, done so, but not as a general policy. Why?

Instead of seeing the university museum as a closed repository for exquisite objects guarded by professional curators, a ‘‘Yes, please’’ policy is an open invitation to every single researcher, technician, and student at the university to become adjunct curators of their own heritage.

Sichau is right in the sense that museums will never be able to employ enough professional curators to describe, register, and evaluate every single artefact and image in the university’s laboratories and storage rooms. But with the help of our colleagues in science, technology, and medicine, we can create a distributed curatorial expertise.

In the next post, I will discuss the notion of ‘distributed curatorial expertise’ further.

(this is the third part in a series of posts about the participatory museum and distributed curating was  brought yesterday — see the first part here and the second part here. To be continued)