Portrætter af Hippokrates Why we shouldn’t do ethics 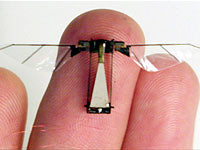 In August, the Danish Initiative for Science, Society and Policy (ISSP) will arrange a ‘discussion of the broader implications of living technology’ that might be interesting to anyone who thinks the boundary between inorganic and organic, living and dead, or technology and humans is exciting. Or to anyone who wants to get a glimpse of the future of science and medicine, maybe?

As the organisers write on their webpage:

Today, genetically modified organisms are designed and used in the laboratory to allow pharmaceuticals to be synthesized with precision in large quantities; autonomously working robots acting on the same principles thought to underlie insect behavior are increasingly introduced not only in industrial production but also healthcare; and adaptive network traffic controllers are currently being developed to control the flow of the ‘arteries’ of working life.

I first wondered at the scale of this technology — is this ‘just’ another word for nano-technology or are we talking robots of the more impressive kind (in terms of size)? And is it then robots like the robotic seal used for Alzheimer’s patients or something more science fiction-like, as the picture above, taken from the ISSP website, implies? The answer, according to ISSP, is that it is all of this:

Three examples of living technology are synthetic biology attempts to make living systems from scratch in the laboratory, ICT systems exhibiting collective and swarm intelligence distributed across the world wide web, and robots currently cleaning our households, providing companions for the autistic, and the like.

The preliminary programme for the discussion does not seem to emphasise healthcare, though the need for “thinking through the implications” of this technology looks to me to be particularly important in this field. The concept of living technology might appear to be a contradiction in terms (just like ‘synthetic biology‘), but maybe it will become the next big thing in healthcare.