Hippokrates og de gamle Conversations between surgery, pathology, the humanities & the arts — impressions of the Association for Medical Humanities Conference 2010

Would European museums be able to co-operate around the preservation of the contemporary scientific, technological and medical heritage?

In four earlier posts (# 1 here, #2 here, #3 here, and #4 here), I’ve argued for a more proactive practice with respect to the preservation of the contemporary medical scientific and technological heritage. The posts were provoked by Christian Sichau’s negative attitude (quoted here). There is no space for the new acquisitions, he claimed, and the exhibition curators receive all the museum money anyway. So forget about collecting.

I don’t agree. In my last post I made an argument for distributed curatorial expertise as a way of solving the space problem. Here I’ll argue for another way to overcome the space and resource problem, namely to strengthen the co-operation between museums across the European borders.

Sichau’s pessimistic view is quite understandable as long as museums think of themselves as regional or national actors. 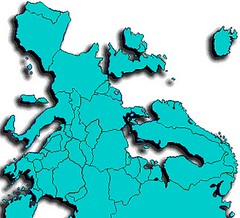 From this point of view, not even giants like Deutsches Museum, Science Museum in London, or the Smithsonian in Washington, D.C., have the staff, time, and money to embark on systematic (or even systematically selective) collecting programs to cover all or most of the contemporary science, technology, and medicine. As long as they think of themselves as national actors, they will continue to have a space problem.

It’s not made easier by the fact that museums of science, technology, and medicine have very little tradition for working together on collections (except for occasional collaborative projects at the interpersonal level). Museums act as if they are international competitors rather than collaborators and as if each is in principle responsible for the preservation of the entire scientific, technological, and medical heritage.

So as long as you think in terms of a national museum, I guess it is quite difficult to avoid the kind defeatism that Sichau expresses (unless we develop very radical distributed collecting procedures, as outlined in the former post).

But if we think in European terms, the space problem would be more easy to overcome. Why shouldn’t we be able to establish a co-operative collecting program in which national and regional museums agree on how to divide the scientific, technological, and medical heritage between them? One museum specialising on, for example, biomedical laboratory equipment, another on solid state physics, a third on imaging technologies, and so forth.

After all, there are plenty of historical precedents for doing this. Hundreds of local and regional collections of science, technology, and medicine all over Europe have, throughout the last couple of hundred years, developed rather specialised collections — for example, the collection of surgical instrument and medical instrument catalogues at the Thackray Museum in Leeds, or the collection of eighteenth and early nineteenth century pathological specimens in the Hunterian Museum in London.

True, there are so far no examples of national museums that have deliberately divided the collecting of the late twentieth century and contemporary science, technology, and medicine heritage among them. And admittedly, this is not an easy task. No museum, especially not a national museum, would probablty give up its ambitions to comprehensiveness easily. Even if they do not have the resources today to collect in a comprehensive way today, their ambition is still to cover everything (in some unforeseeable future when they get that precious extra storing space). Without binding agreements of co-operation, no museum will abstain from some areas of acquisitioning and let one of its national or regional competitors take over that particular domain of artefacts.

So to give chunks of the potential artefact acquisition spectrum away to other museums, be they national or regional, is not something that comes easily. Would Science Museum just abstain from collecting nanotechnological and nanomedical objects and let Deutsches Museum take over this burgeoning field? Would Medical Museion stop collecting artefacts from contemporary protein research even if we realised that another European museum maybe had better resources and a more skilled staff to do this?

There are also big administrative and logistic problems involved — how, for example, to develop a continuously updated prospective collection list of the enormous number of artefacts in fields like medical device technology, where a new patent is granted every hour or so?

Yet I believe these are problems that need to be overcome if the development of the contemporary scientific, technical and medical culture over the last decades shall not end on the garbage dumps. If we want to preserve more than infinitesimal parts of the contemporary scientific, technological, and medical heritage, we need to work out a co-operative collecting policy on the European level.