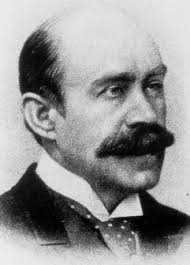 I just received a call for papers from Craig Howes — the indefatigable promoter of all-things-biographical at the University of Hawaii — for an international conference on ‘Aesthetic Lives’ at the Université Montpellier, 23-24 September 2011. The preamble is alluring:

In 1873, citing Hegel’s vision of the Greeks, Walter Pater wrote in The Renaissance: ‘They are great and free, and have grown up on the soil of their own individuality, creating themselves out of themselves, and moulding themselves to what they were, and willed to be.’

As Craig points out, this celebration of autonomy and self-fashioning was read with delight, cultivated, and variously implemented by the members of the so-called ‘Aesthetic Movement’.

The pramble is alluring because even though this conference deals with the ‘Aesthetic Movement’ as a historical phenomenon (a movement which was keen on creating new kinds of singular lifestyles, who saw life itself as a continuous project for individual, creating new and interesting lifestyles, and fashioning their lives’), the questions raised

i.e: What kind of ethics can arise from aesthetic choices? What are its daily manifestations, practically speaking? What are the obstacles or aporiae encountered by those who followed the ideas of self-fashioning and life as a work of art? How are these subjective choices received?

are equally interesting to ask about the way the Western middle classes are living today. In fact, they are probably even more topical today than they were among a small cultural elite a hundred years ago.

I know several scholars who can identify themselves with this vision. Even some biomedical scientists I happen to know live their scientific lives as if they were members of an ‘Aesthetic Movement’.