The moral discipline of curatorship 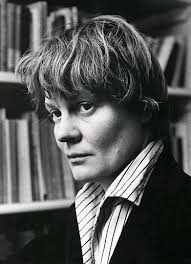 In The Sovereignty of Good (1970) Iris Murdoch suggested that intellectual discipline is moral discipline. She used the learning of new languages as an example:

If I am learning, for instance, Russian, I am confronted by an authoritative structure which commands my respect. The task is difficult and the goal is distant and perhaps never entirely attainable. My work is a progressive revelation of something which exists independently of me. Attention is rewarded by a knowledge of reality. Love of Russian leads me away from myself towards something alien to me, something which my consciousness cannot take over, swallow up, deny or make unreal. The honesty and humility required of the student – not to pretend to know what one does not – is the preparation for the honesty and humility of the scholar who does not even feel tempted to suppress the fact that damns his theory.

Same with Latin and Greek, chemistry, molecular biology, etc. — these are intellectual disciplines with an authoritative structure that commands our respect. Creativity — which comes from inside — must be respectful to the independent outer world, whether it’s grammar or molecules.

Same with museums. One thing is the curator’s creativity, which leads to new ways of ordering, displaying, and exciting transdisciplinary breaking of boundaries. Another is the restraints set by the material things, the photographs, and the archival documents.

We praise upbeat creative curatorship. But we should also remember to praise curators who handle their material and textual ressources with honesty and humility. Such curators are in tune with reality and help satisfy our hunger for reality. Their work leads them away from themselves towards the things themselves; and a result they probably also help lead the museum visitors away from themselves towards the world outside them.

In fact, museums could be great experiments in demonstrating that there are vast stretches of cultural, social and natural reality that we cannot just “take over, swallow up, deny or make unreal”. Museums would in principle be perfect antidotes to stupid social constructivism (not that constructivism, for example in the original phenomenological sense of Alfred Schütz, was stupid, but that many stupid things have been written and said with reference to it).

Caveat: I’m wondering how my fascination with Iris Murdoch (which has followed me since I began writing biography) can coexist with my equally great fascination with the aesthetics of medical things? Immediately it looks like a contradiction — but maybe it depends on what you mean by aesthetics?