13.11.20-16.05.21 Science attempts to contain the chaos of epidemics by capturing bacteria and diseased bodies in microscope slides, vaccines and quarantines. The exhibition displays objects from the history of epidemics, captured by Nicolai Howalt’s camera. Read more about the exhibition here.

Z-TIME - THE ART AND SCIENCE OF CIRCADIAN RHYTHMS

The science of circadian rhythms reveals how our body clocks are central to health. This exhibition explored the strange and surreal world of chronobiology through a collaborative artwork developed by Medical Museion researchers and artist Isabella Martin. Read more and explore the web exhibition here.

Control or Collaborate? In the exhibition, historical and contemporary objects showcased the two faces of our relationship to bacteria: they are both a source of disease to be strictly controlled, and a crucial ‘collaborator’ in keeping our bodies functioning.

Biohacking: Do It Yourself!

In 2013-2014 Medical Museion hosted an open biohacking laboratory, pieced together from recycled furniture, IKEA cabinets, and cheap “hacked” instruments made by do-it-yourself biologists from BiologiGaragen and Hackteria. At a series of hands-on events and discussions, visitors were invited to step inside the world of practical biotechnology, and encounter the dreams and realities of open science. An online version of the exhibition is here.

Living is about breathing, and breathing is about smelling. Inhaling and exhaling smell. Smelling something, and smelling of something. We all smell different, anybody and everybody. Come and have a sniff and explore how humans smell, in both senses of the word, when healthy and when sick.

Light Break is based on the light therapy developed by doctor and Nobel laureate Niels Ryberg Finsen ​​in the late 1800s. Artist Nicolai Howalt was inspired by this part of medical history to work with the sun in his photographic practice. In a series of unique photographic work he examines and makes visible the invisible part of sun light, both its life-giving and destructive rays. 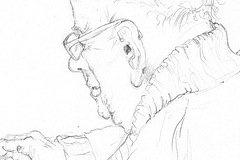 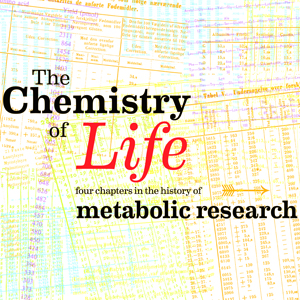 The Chemistry of Life. Four Chapters in the History of Metabolic Research (2010-2012)

Snapshots from the long and complex history of metabolic research. A constellation of people, things and ideas. 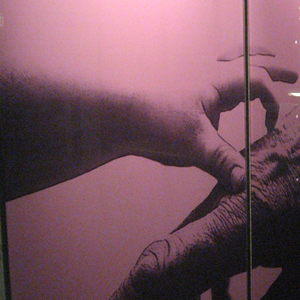 To celebrate the opening of  Center for Healthy Aging Medical Museion produced an exhibition at the Panum Institute, University of Copenhagen. 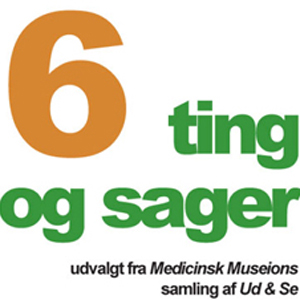 A journalist came by and selected 6 objects for a photo shoot in a magazine. Medical Museion exhibited the real stuff. 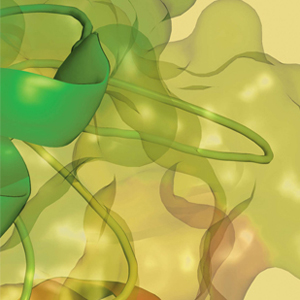 Primary Substances. Treasures from the History of Protein Research (2009)

This temporary exhibition was curated by Thomas Söderqvist for the Faculty of Health Sciences in connection with the opening of the Novo Nordisk Foundation Centre for Protein Research and funded independently from this project by the Novo Nordisk Foundation. While “Split+Splice” grew out of a research project, “Primary Substances” will hopefully some time in the future give rise to a research project (on the contemporary material and visual history of protein research), which in turn will hopefully give rise to a larger exhibition on the history of proteins. The exhibition involved a large number of researchers and companies in the region and thus also served as a model for how exhibition making can be a co-operative effort between historians, museologists, biomedical scientists and the production and marketing departments of private enterprises. In contrast to “Split+Splice”, “Primary Substances” was an attempt to balance between the ‘production of presence’ and the ‘production of meaning’. 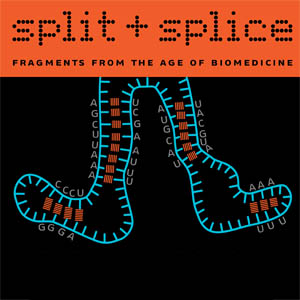 Split + Splice. Fragments from the Age of Biomedicine (2009)

(Danish title: ”Hel+Del: Brudstykker fra biomedicinens tid”) 11 June – 13 December, 2009 (250 sq.m., in Medical Museion’s main building, Bredgade 62) This temporary exhibition was curated  by Canadian artist/designer Martha Fleming in cooperation with postdocs Sniff Andersen Nexø, Søren Bak-Jensen, Susanne Bauer, and Jan Eric Olsén in the integrated research and curatorial project Biomedicine on Display, headed by professor Thomas Söderqvist. Split+Splice built on the individual research and acquisitions projects of the junior members of the research team. For example, Room 1 (‘Flydende overgange’) was largely based on Søren Bak-Jensen’s acquisition of objects from the former Protein Laboratory at the University of Copenhagen. Room 2 (‘At fastholde en strøm’) was based on seminar discussions in the project group over several years. Room 3 (‘Laviner af data’) grew out of Susanne Bauer’s research project. The display in Room 4 (‘Reality show’) was an adoption of some of the ideas in Sniff Nexø’s project, whereas Room 5 (‘I kødet, under huden’) was developed from Jan Eric Olsén’s interest in scopic vision. Room 6 (‘Masseobservation’) was based on Jan Eric Olsén’s and Susanne Bauer’s joint work and the ideas for Rooms 7-9 grew during the exhibition planning process. Room 10 was created in consultation with associate professor Jesper V. Kragh; and finally Room 11 (‘Et billede på nethinden’) was based on Jan Eric Olsén fascination with the history of endoscopes. All rooms thus bore the mark of individual research projects – yet through the unifying eye of the lead designer and curator, Martha Fleming. “Split+Splice” involved quite a lot of collecting and was thus also the culmination of the ambition of integrating research, collecting and exhibition making. The exhibition was funded by the Novo Nordisk Foundation and Cand. pharm. Poul M. Assens Foundation. 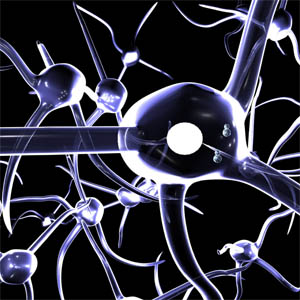 21 January – 12 April, 2009 (200 sq.m., in Medical Museion’s main building, Bredgade 62) This temporal exhibition, curated by Shirley Wheeler, Sunderland University, sustained our interest in the history of contemporary biomedicine further, but did not involve any research or collecting from our side. The exhibition was supported by the Lundbeck Foundation and the Novo Nordisk Foundation.

25 May – 13 December 2009, was curated by cand. mag. Rikke Vindberg as a spin-off from her earlier combined research and acquisition project on scientific posters. The objects were collected in co-operation with researchers at the National Hospital and the Faculty of Health Sciences, University of Copenhagen. This little exhibition too marks the transition towards a more aesthetically conscious exhibition practice. 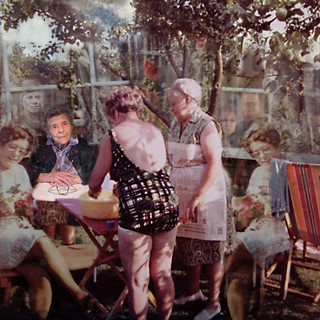 11 October 2007 – 13 May 2009, was a small photo exhibition (50 sq.m) curated by by Liv Carlé Mortensen, who documented the lives of 15 centenarians in photo montages in connection with “Oldetopia”. It had little research content and did not involve any material from contemporary biomedicine.

The History of Anesthesiology and Intensive Medicine in Denmark (2008)

31 May – 3 June 2008, was a small (100 sq.m) exhibition curated by Søren Bak-Jensen in connection with the 2008 Annual Meeting of the European Society for Anesthesiology (Euroanaesthesia 2008) at Bella Congress Center, Copenhagen. It displayed objects related to the treatment of polio victims during the epidemic in Copenhagen in 1952, the establishment of the first intensive care units in Copenhagen hospitals, and the development of equipment for monitoring anesthetised patients from the 1950s to the present. Besides drawing approx. 2500 visitors in three days, its main importance was as a museological experiment in creating exhibitions in co-operation with external partners, including medical devices companies, in an extra-museum setting, and with a keen eye on the aesthetics of historical medical objects. 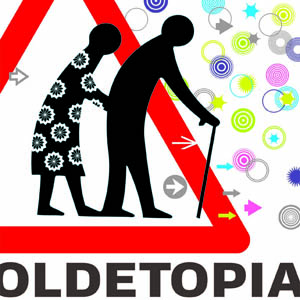 “Oldetopia – en udstilling om alder og aldring”, 11 October 2007 – 14 December 2008 (250 sq.m.), co-funded by Assens Fond/Biofarma Logistik and curated by Camilla Mordhorst, was our first big temporary exhibition and also a great public success. “Oldetopia” put into practice our focus on contemporary biomedicine in a social, cultural and historical context, and was the first exhibition in which we deliberately thought in terms of the museological notion of presence effects of material objects. It involved co-operation with medical researchers and drew on new acquisitions, and thus exemplified the close integration between (museological and medical) research, acquisitioning and exhibition design.

Rigshospitalet før, nu – og i fremtiden [The National Hospital in the Past, Now, and in the Future] (2007)

30 March – 31 December 2007, a 250 sq.m. exhibition in the main entrance hall of the National Hospital. The exhibition was funded by the hospital, curated by cand.mag. Rikke Vindberg under supervision of Camilla Mordhorst in co-operation with hospital staff. It involved extensive on-site research and acquisitions of objects from laboratories and wards, and was thus an example of how to make an exhibition about contemporary biomedicine in dialogue with a hospital.

The permanent gallery on psychiatry (75m2) was set up in 2006, curated by Camilla Mordhorst in co-operation with ph.d.-student Jesper V. Kragh, who was then about to finish his thesis on the history of somatic psychiatry, especially lobotomy, in Denmark. It contained a mixture of existing material in our collections and new acquisitions from psychatric clinics in the Copenhagen area. As such it is a nice example of how artefacts from contemporary biomedicine works together with older material and also an example of co-operation between research and exhbition making.

24 August – 15 October 2006 The street window exhibition “Sygdommens ansigt”, curated by the artist group Huskegruppen in co-operation with Medical Museion, took Susan Sontag’s seminal essay “Illness as Metaphor” (1978) as the point of departure. This was our first experience of working together with artists.