I have started a small experiment on Tumblr. To collect the online culture of Medicine.
Using the simple, but amazing IFTTT (it really does put the internet to work for you!) I’ve set up a number of automated recipes that collect content from a number of sources: Instagram, Youtube, Flickr, and Twitter. The original idea for which I was inspired by the Horniman was to include photos taken by visitors at our museum. But then I thought why not widen the scope. So I decided to look at how people portray medicine in the world of social media.
While setting up the recipes I started looking into what hashtags to follow on Instagram and was quite surprised by a number of facts:

There’s a lot of content out there. And this is where IFTTT comes into the picture. Whenever we “like” or “favorite” content from one of museum accounts on these platforms, ITFFF automatically adds the picture or video to our Tumblr queue and it becomes part of the collection. Simple as that! 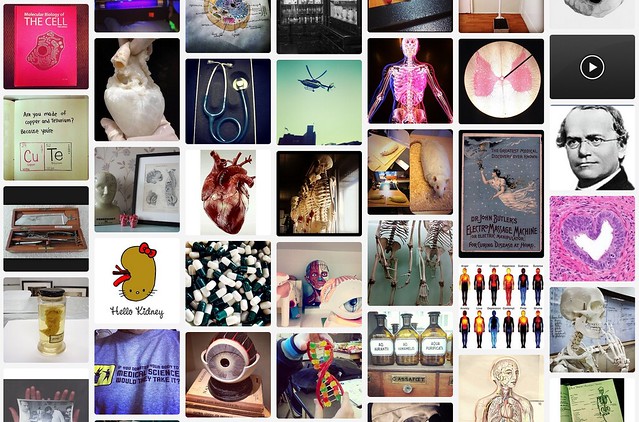 At the moment I’m not informing people (other than “liking”) nor asking for their permission to include their photos on the Tumblr. Should I be doing this? I do make sure to link back to the original content and include the original description, and in today’s sharing culture isn’t that more or less acceptable? On the other hand, I guess a simple “We like your photo, mind if we feature it on our Tumblr?” could also work. It does make the process a bit more time-consuming, but on the other hand I wouldn’t like to upset anyone.
What do you think of this idea? Any other platforms or hashtags we should be following?
(thanks to Victoria Pearce from the the Horniman Museum and Gardens for sharing the idea of using IFTTT with Tumblr)